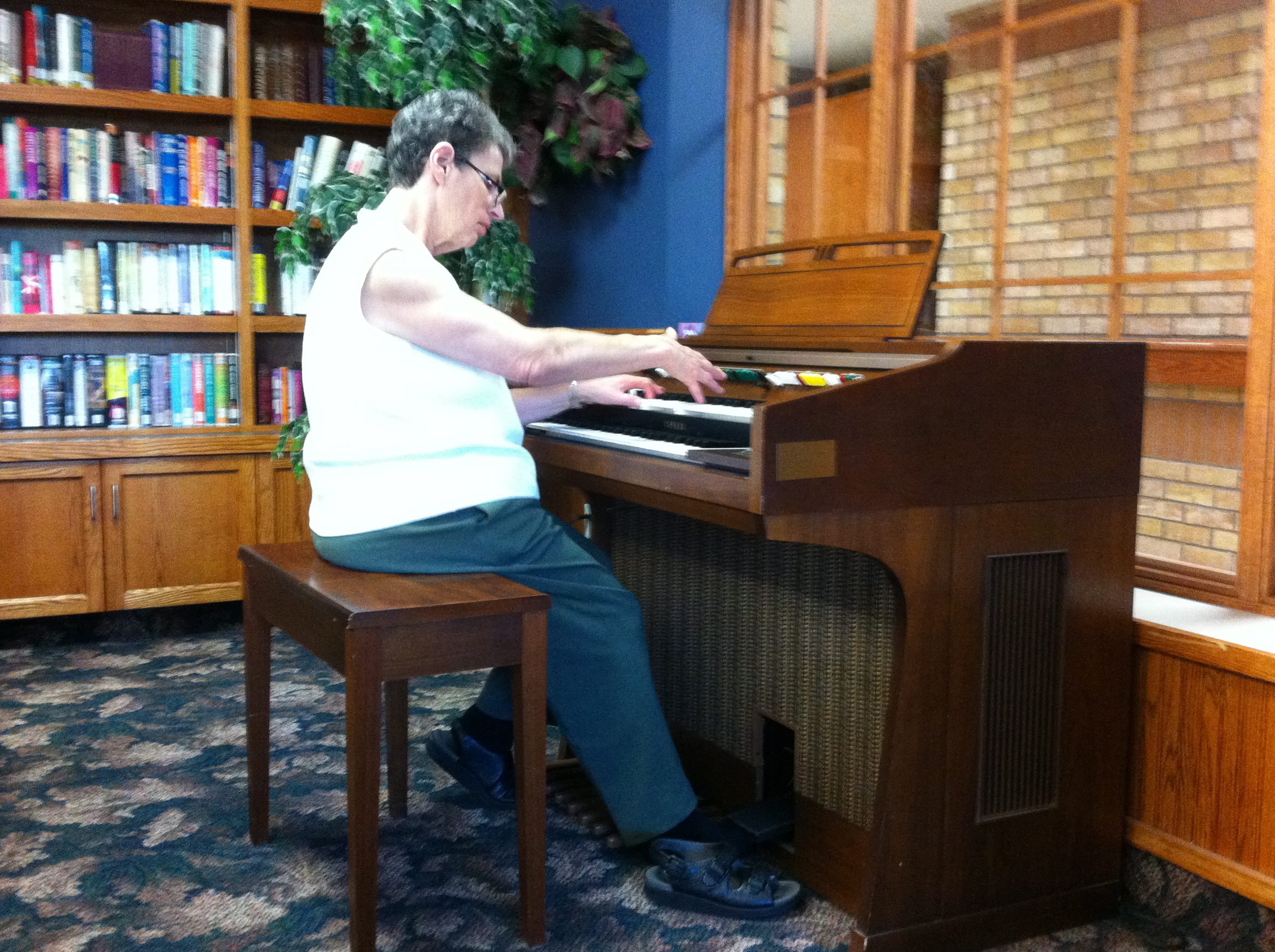 “Life is like a piano. What you get out of it depends on how you play it.” – Tom Lehrer

I'm not sure where I got my love for piano, but if I had to guess, it would be from my Mom. We didn't have a piano at our house when I was growing up, so it was at my Grandma and Grandpa's where I first plunked those ivory keys. It was the same upright piano Mom grew up with, and each time we'd visit, I couldn't keep my hands off it.

I started like many youngsters by hammering the chopsticks ditty and gradually moved on to other simple songs I could memorize; Jingle Bells, Silent Night, and Twinkle Little Star. I'm sure I annoyed one too many family members playing the same songs over and over again, but I'm very thankful they let me.

I took up piano lessons in my teens after I had learned to read music, but unlike my mom, I never had the knack for playing things by ear. When she played, more often than not, the music came out of her head. To me, she was a piano maestro.

As I mentioned, we didn't have a piano at our house growing up. I'm not sure why that was, considering how much Mom loved to play. It probably had something to with her having four kids or something. When I started lessons at fourteen, I begged my parents for one, and they agreed--on one condition. Dad said it had to be digital so that anyone (as in, me) practicing something over and over again could play with the earphones plugged in to not drive anyone in the house crazy. That seemed fair to me.

After it was delivered, we placed our beautiful new Kawai in our living room bay window. It had a full-size keyboard, foot pedals, and weighted keys which made it feel like a real piano when you played it. I was so happy we finally had a piano that I could play any time I wanted I didn't care that it wasn't "real".

Mom loved that piano as much as I did and played it any chance she could. She was diagnosed with Parkinson's a couple of years later, but thankfully the small tremor in her left hand didn't affect her ability to continue to make beautiful music.

Almost a decade later, the Kawai followed her to our cottage where she moved into with her second husband, Dave. The piano was then featured at their wedding ceremony on the lake when my sister-in-law played, "I will be here" by Stephen Curtis Chapman. Though intended as a song for her groom, it could have easily been the piano singing to Mom, "I will be your faithful friend, and never leave your side."

Mom maintained her love for making music on the piano even as her Parkinson's symptoms progressed and dementia began to creep in. When she moved into the nursing home, we bought a portable keyboard that she could play in her room, as the Kawai was too big to fit. There was a beautiful grand piano in the nursing home's lounge and an organ in the library as well, so no matter where she was, she could make her music.

I remember clearly the day I took the picture from this post, as it was the last time I heard Mom play. The music wasn't anything recognizable and the notes were all over the place. It reminded me of what I might have sounded like when I was a youngster learning to play. But even though Mom's dementia had robbed her of the ability to play all the songs she once knew, she still played those notes and moved as expressively as always, oblivious to the uneven sounds she was creating. Simply the act of playing the piano was bringing her joy.

It was a moment I will never forget, and served as a lesson for me to take with me through life: always do what makes you happy and never mind what anyone else might think or say.

Mom's love for making music has never waned. Over her lifetime the piano has given her happiness and peace, and I'm so glad she never allowed anything--not Parkinson's or dementia--to get in the way of that.